Tanzania plans to boost catches of sardines in Lake Tanganyika

DAR ES SALAAM, May 10 (Xinhua) -- Tanzanian fisheries authorities said Tuesday that plans are afoot to boost catches of sardines in Lake Tanganyika, the second-oldest freshwater lake in the world.

Deputy Minister for Livestock and Fisheries Abdallah Ulega said increased catches of sardines in the lake will add value chain of the seafood.

Speaking to fishermen on the shores of the lake in Tanzania's western region of Kigoma, Ulega said the government planned to facilitate the fishermen with modern fishing gear, including fishing boats with engines and fishing nets.

"The intention of the government is to enable fishermen to sell sardines to local and foreign markets at attractive prices and improve their welfare," said Ulega, while urging people living along the shores of Lake Tanganyika to continue conserving the lake and engage in sustainable fishing.

Tanzanian Vice President Philip Mpango in December 2021 called on countries sharing Lake Tanganyika to take bold steps aimed at reversing environmental degradation facing the lake. Mpango said Lake Tanganyika's riparian countries of Burundi, the Democratic Republic of the Congo, and Tanzania should unite toward the conservation of the biodiversity of the lake. 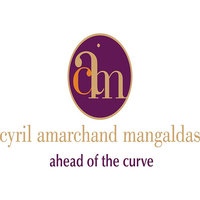